Telling the history of Claremore, one story at a time…

SHELTON SAYS “IT WAS FUN GROWING UP HERE”

By:  Dorothy Willman
Claremore native Bob Shelton says “This was a good town to grow up in.”
Born in a house on South Muskogee, “it was in the country then, six blocks from city hall” Shelton has only been away from his hometown for five of his almost 69 years.

An only child, he says he and his parents lived all over town, except on the west side.  Places of residence included the Twin Oaks Hotel, which was home when he was a little boy. One of his first grade friends was G. W. Luther, whose mamma ran the hotel.
Work had just started on the Claremore public library and the big hole for the basement had been dug.  G. W. and Bob decided it would be great fun to play in that hole…and they did…skipping school for an entire day.  They got caught though, because some of the rooms at the hotel had balconies, and one of the boys’ dads, he doesn’t remember which one, happened to see their little heads bobbing up and down as they played in that hole in the ground.  “We got into trouble,” says Bob.
He began working at an early age, and was a carrier for the Progress from the ages of eight to 11.  He was so young that “Mom had to sign for me,” because it was feared he would not turn in the money.  He remembers that a Mrs. Cook worked at the newspaper office and she was the one who gave the boys their papers to deliver.
Bob was a student at Hiawatha School on the corner of Fifth Street, and then he went to the old Claremont School, and then to high school.
“It was fun growing up here,” he says.
Memories of Claremore during those years include The Belvidere and The Sugar Bowl.  He recalls the Bell family living at the old mansion and managing the apartments there.  Over the years, several teachers resided in the upper floor apartments of The Belvidere.  “It was right handy to the school,” he says.
Ferris Bell ran The Sugar Bowl, which Bob describes as “sort of a confectionery.”  It was a popular place to hang out, as well as to buy soft drinks and candy.  Kids bought cigarettes there too, for a penny each.
He says even in those earlier years, Ferris Bell, who was the last resident of The Belvidere before it was acquired by the Historical Society, tended to dress in black and looked like he should be an undertaker.
Bob remembers the bath houses, too.  He says the one that stood where the gun museum is now located was “the fanciest.”  He didn’t frequent the bathhouses; “they were for the tourists.”  Well, he did take a mineral bath once, when he had the flu and thought he would feel better if he could sweat. He says he doesn’t remember feeling any different as the result of that bath. 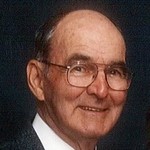 His lifelong career as a cobbler began early.  “I learned to shine shoes when I was a little bitty fellow,” he recalls.  He was one of the kids who always hung around Tom Glover’s shoe shop.  “There were always two-three-four or five kids in there, and he put up with us,” says Shelton.  “Tom had a world of patience, and he would still get mad at us.”
Still, Shelton learned about shoes there.  He says he “just piddled around and picked it up.”  “I’ve been in the shoe shop forever; I don’t know any better,” he says.
Right after his high school graduation, Bob’s parents moved to Washington state.  He went too, and was planning on trying a different type of work.  He was just 17 years old when he arrived in Richland, Washington, where he “loafed for three days” and then walked into a shoe shop and went to work.  He remained there for five years and says he got a good education up there.  “I worked with lots of different shoe cobblers.”
After a year in Washington, he married his high school sweetheart, Betty.  They just celebrated their golden wedding anniversary.
The Sheltons remained in Washington until 1952, when they brought their son, Mike, home to Claremore.
Bob bought the shoe shop he started in from Glen Key and he’s been repairing the shoes and boots of Claremore area residents ever since.  He says “I’ve been in this thing close to 50 years and hope to stay a few more.”
He had a shop on main street (Will Rogers Blvd.) for 36 years and after a fire in 1988, moved to his present location on N. Missouri, where he shares the building with a barber shop.
In recent years, he has finally reduced his work load for health reasons. He grins when he says he “led a charmed life until he was 60.”  Poor circulation has caused him some difficulties and he says his eyes are not as good anymore as he would like.
Those aren’t the only changes; the shoe repair business has changed, too.  “I had it at its best,” he says, and if things keep going in the same direction, he may have the business at its worst.  “I’m getting old at the right time,” he quips.  He explains that in the last five to 10 years, more and more shoes and work boots are molded and “you can’t fix ‘em.”  As long as cowboy boots are popular footwear, there will be something for Bob Shelton to repair and he says he can stay as busy as he wants to, even as shoe repairs decline.
He finds more time to fish.  Pond fishing for bass is his hobby and he does it just for fun, always releasing his catches.
Claremore’s shoe repairman closes up shop once in awhile too.  He took off two days this past week so he wouldn’t miss a single homecoming event. He loves to see friends and renew acquaintances at homecoming gatherings, and doesn’t miss the dance.  “I didn’t dance until I was an old man,” he says, but he loves to dance now, even though he says he has to dance one and then sit one out.
The Shelton’s son and his family now live in Michigan, and although Bob says the fishing is great, he is not taking Mike up on the suggestion to move up there.
“This is home to me.”