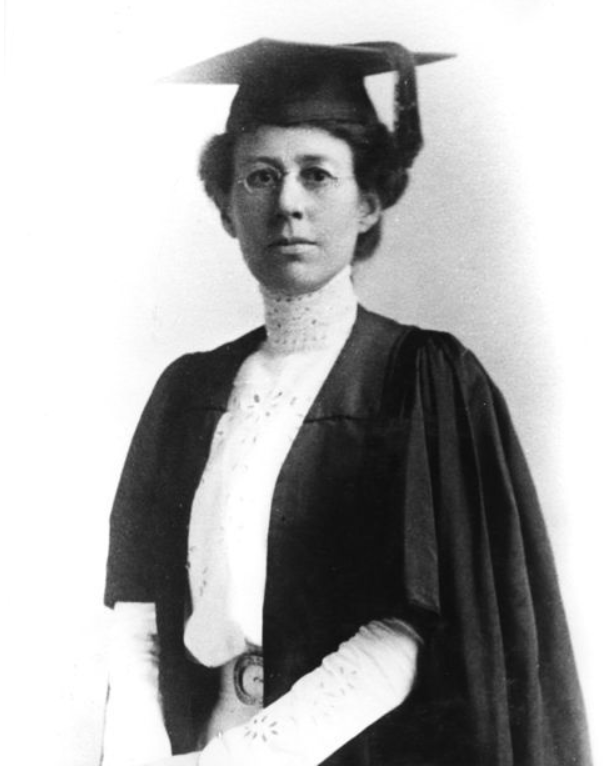 As Published in the Explore Claremore History by Christa Rice

“Apply your heart to instruction and your ear to words of knowledge.” ~Hebrew Proverb

Though undeniably different from years gone by, despite a pandemic of epic proportions, the 2020-2021 school year has begun. Students have returned to virtual, at home, and in-person classrooms to focus hearts and minds on their teachers’ instructions.  Today’s educators are to be commended for their phenomenal readjustment to new online educational programming.

Well-known in Oklahoma by the early 1920s, Dr. Rachel Caroline Eaton was not only a vanguard educator, but also a gifted historian, author, and Ph.D. One ponders, as a progressive, 20th century educator, what Miss Eaton would think of today’s high-tech schoolroom.

The daughter of George Washington Eaton and Nancy Elizabeth Williams Eaton, Callie Eaton was born July 7, 1869, and raised in a modest log cabin located a few miles outside of Claremore, near Claremore Mound. Educated at the old West Point school, she graduated from the Cherokee Nation’s Female Seminary at Tahlequah (June 28, 1888) and from Drury College, Springfield, Missouri. Thereafter, she returned to her home to teach at the first public subscription school there. Later, Miss Eaton moved to Tahlequah to teach at the Female Seminary (1896-1897). Attending the “normal school” (teacher training) at Tahlequah each summer, she adroitly perfected her instructional skills.

A reputation for excellence preceded Miss Eaton. Hired by Claremore’s Board of Education, she taught at Claremore in 1898 and 1899.  Subsequently, Miss Eaton attended “normal summer school” at Chicago and the University of Chicago (1901, 1903, 1905) returning to Oklahoma each fall to teach. The Daily Messenger praised, “Miss Eaton is one of the very few educators in the Territory who spares neither expense nor study to keep thoroughly posted in all modern methods of school work” [Daily Messenger, 7-13-1901].

Teaching was Miss Eaton’s passion. Leaving Claremore in 1901, she taught at Nowata, I.T. (1902 – 1907); the College for Women, Columbus, Mississippi, becoming the history department head in 1912; at Waxahachie, Texas (1917-1918); Lake Erie College; and Trinity University. From 1913-1914, she returned to the University of Chicago, from which she received her master’s and doctor’s degrees, to finish her highly acclaimed book, John Ross of the Cherokees. Clearly a rising star in academic circles, Oklahoma scholars followed Miss Eaton’s every move and reviewed each novel publication: Domestic Science Among the Primitive Cherokees; Historic Fort Gibson;  Oklahoma Pioneer Life; The Legend of the Battle of Claremore Mound (1930);and History of Pioneer Churches in Oklahoma.

At age 50, Miss Eaton embraced a new adventure. 1920 began a new era in US history. The devastating World War and “Flu Pandemic of 1918-1919” had passed. The 19th Amendment to the U.S. Constitution giving women the right to vote was waiting to be ratified. Women’s suffrage was granted in Oklahoma’s state elections on November 5, 1918, opening new influential platforms for women. In April 1920, Miss Eaton publicly disclosed a long-term political goal, announcing her candidacy as a Democratic candidate for County Superintendent of Public Instruction of Rogers County. That November and again in 1922, Miss Eaton won the election for the position. Immediately, she began studying the details of the job, consulting Mr. Wilson, State Superintendent of Public Instructions; acquainting herself with the school board and the patrons of each school district; preparing to take office July 5, 1921.  Miss Eaton promised, “Harmony and cooperation are great factors in the administration of this office, and during the next few months, we shall endeavor to establish a sound basis of understanding and confidence in which we shall work for the best educational interests of Rogers County” [Claremore Progress, 12-11-1920].

Miss Eaton performed many duties commensurate to her new position: speeches at commencements; administration of annual Teachers’ Examinations; school visitations; instigating special events such as “School-Children’s Day at the Oklahoma State Fair” to which 5,280 free admission tickets were distributed. Miss Eaton served alongside Nelson Corwin of the American Legion (who was appointed to see that our country’s flag waved above every schoolhouse) to teach patriotism to the children. Miss Eaton organized a Patron-Teachers Associations and promoted “The Better Education, Better Cities, and Better Country” initiative to move Rogers County Schools forward.

Miss Eaton’s goal for the 1923 school year was to attain full accreditation for the schools at Foyil and Oolagah. The Foyil community was “building a five-thousand-dollar addition to their already good school building and show[ed] a determination to have one of the best schools in the country” [Rogers County News, 7-21-1923].

Miss Eaton received many accolades for her devotion to exemplary education. In 1922, she was “appointed to represent the Oklahoma branch of the National Council of Executive Women” at their Chicago meeting, and was “appointed chairman of the legislative committee of the same organization” [Claremore Progress, 2-23-1922].  The Claremore Progress [5-11-1922] described Miss Eaton as“filling the office (of County Superintendent) with credit to herself and honor to her county. There is no one in the state better fitted for this office than Miss Eaton. She has had years of experience in teaching school from the grades up through the high school and college and is acquainted with the practical side of the work and its need from every angle. In addition to her practical experience, she brings to this work years of special training in education received in the school of education in Chicago and the University of Chicago; from this institution she holds the degree of Master of Art and Doctor of Philosophy. Few other women or men in the state have had finer training than this, and the people of the county should stand together in her support. Miss Eaton has shown marked ability in the organization of the office and the administration of the schools of the country. Her tireless energy and conscientious devotion to duty leaves no room for complaint among those who believe in the sacredness of the law. Her policy is equal justice to all and special privilege to none. This is the sort of officer the people want for Superintendent of Schools in Rogers County.”

In 1932, the Tulsa Historical Society founded the Rachel Caroline Eaton Chapter in her honor. Hailed as the “second person in Oklahoma to receive a Ph.D. degree, and a prominent educator,” Miss Eaton was inducted into the Oklahoma Memorial Association’s Hall of Fame on November 16, 1936, during Oklahoma’s 29th birthday celebration. [El Reno Daily Tribune, 7-1-1936].

A distinguished educator, author, and historian, a woman of rare ability and skill, one must concur with Rosalie Mills of the Tulsa World who wrote, “As I talked with Miss Eaton, I appreciated her more because of her sweet, unassuming, modest manner. She was modestly dressed and charming to talk to” [Claremore Progress, 9-14-1922].

Miss Eaton is no longer with us. We cannot express our appreciation for the foundation of excellence she built into the Rogers County schools in an earlier century. But we can thank and appreciate the educators who serve among us today, preparing our students for the future under the exceptionally unique circumstances of this current school year. After reading this, I encourage you. Appreciate the educators who have had a positive impact on your life. Take the time to thank a teacher. 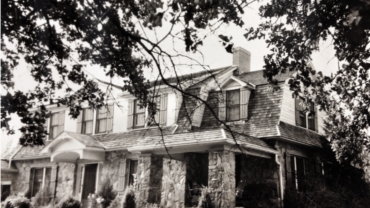 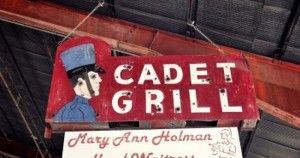