In March, 1928, the great Bunion Derby, a footrace across the United States, began in California, and Andrew Payne, the local entry, took off walking east with the rest of them.  A Claremore businessman, who launched a drive to keep Payne in funds, sent $100 to Williams, Arizona to be picked up by the contestant as he passed through that town. A drive was started immediately to raise more money for Payne to pick up at Amarillo, Texas. He was paying the expenses of his trainer, as well as himself, and Claremore helped to lessen the burden by placing containers in stores where adults and children could drop coins or bills for his expenses.

Much to the joy of the partisan Rogers County crowd, Payne was 40 feet ahead of his nearest competitor, John Cornick of Saskatoon, Canada, when they crossed the city limits at Claremore on Tuesday, April 17. The race was based on elapsed time between cities, and Payne was in the lead in both elapsed time and in the running when he hit home territory.
The runners did not stop in Claremore but accepted drinks of water or lemonade from their trainers in the crowd along both sides of US 66. Payne was also handed a fresh $100 bill from the chamber of commerce.
The schools were turned out, business houses were closed, and flags decorated the streets while the high school band paid a tribute to Payne. Claremore represented the half-way mark on the cross country.
The Progress reported that the highway south of Claremore was lined on both sides for several miles as the runners neared the city.  Payne could not get a challenge from the runners as he sprinted into Claremore to the cheers of what the Progress described as a “sea of humanity” along the road.
Sixty cars of boosters trailed Payne out north as he quickened his pace, visibly encouraged and pleased by the thousands who had turned out to welcome him at the county seat.
At Sequoyah it was estimated that everyone in the community was ganged around the store there to urge him on, but Payne really perked up when he neared Foyil School. When everyone joined in shouting, “Howdy, Andy,” he could contain his joy no longer and stopped for about a minute, just long enough to get a drink of water and shake a few hands, then he was off for Chelsea.
In Chelsea, the overnight stop, three bands, from Chelsea High School, Nowata High School, and OMA, were on hand to greet the Rogers County boy. He saw signs hanging from every conceivable point in Chelsea, all urging him on, as the runners swung down Chelsea’s main street to the control station.
In Chelsea, Payne saw his mother, whom he had not seen for the past five months, and was handed a $500 check from Will Rogers to help him along the way.
As Payne continued eastward in C. C. Pyle’s Bunion Derby, he continued to wire the chamber of commerce asking that radium water brochures be sent to cities lying ahead. He picked up the circulars as he passed through the towns and distributed them all the way along the route.
Going into Norman, Illinois, Payne had sheared another 36 minutes off the lead. Peter Gavuzzi of Southhampton, England had picked up in the eastern leg of the trip. He still had a lead of 4 hours, 51 minutes over Payne, however.
While suffering from a bad case of flu Andy took it easy and allowed Gavuzzi to build up his lead to 6 hours, but he stayed well ahead of the rest of the field.
Tom Young, Andy’s trainer, explained his strategy to the homefolks in a letter to the chamber of commerce in Claremore. He knew Payne was capable of outrunning the Englishman, but he felt that Gavuzzi would fold of his own accord before reaching New York, allowing Andy to take first place without risking a pulled muscle or another injury which would force him to withdraw altogether. “I hope the people of Claremore see the responsibility of my position,” said Young. “Andy is only a boy and he is in a race that represents the best runners in the world, and to hold the lead is a straining position.  Andy will pull up after we leave Chicago.”
At Cleveland, Ohio, Young’s prophecy came true. Gavuzzi was forced to withdraw because of teeth trouble, and Andy went into the lead. He maintained a loping pace which averaged 7 miles per hour and put him 18 hours ahead of second place, John Salo of Passaic, New Jersey, as they reached Waverly, New York.
On May 26, approximately 3,400 miles from the starting line, Andy Payne trotted into Madison Square Garden in New York bearing the title of champion and the claimant to $25,000.00 offered by C. C. Pyle, promoter of the derby, as the first prize.
Glenn Condon of the Skelley Oil Company in Tulsa and M. R. Harrison, president of the Claremore chamber of commerce, had flown to New York earlier in a Skelley-owned plane to greet Andy with letter of congratulations from Governor Henry Johnston, W. G. Skelley, and the Claremore chamber of commerce.
Andy was flown to Washington in the plane from home and received a standing ovation from the Congress when he was introduced to that August body.
On June 1, C. C. Pyle quieted rumors that he could not pay the prize money by handing to Tex Rickard, the great promoter, a check for $25,000.00 which Rickard in turn handed to Rogers County’s Andy Payne. Total prizes of $48,000.00 were paid to the top placers.
Andy arrived back in Claremore on June 18, 1928, and immediately held an impromptu reception at the chamber of commerce offices where he thanked all the persons who came in to congratulate him.
Twenty-five years later, Andy Payne is down in Oklahoma City, serving as Supreme Court clerk for the state of Oklahoma, an office he has held for many years. But Andy Payne is still the name that brings to mind a 3,400 mile race, run in all kinds of weather and under all conditions, and won by a tireless Oklahoma farm boy with a distance-devouring trot that withstood the challenges of the greatest long-distance runners in the world. 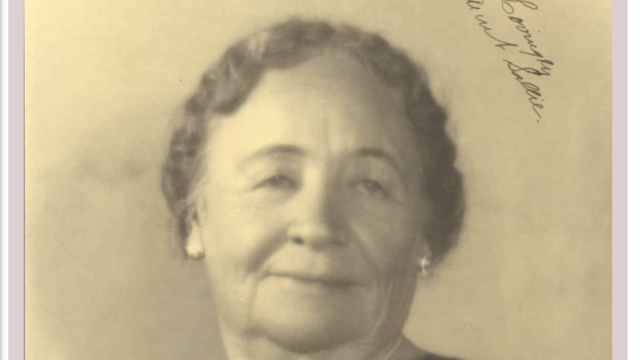 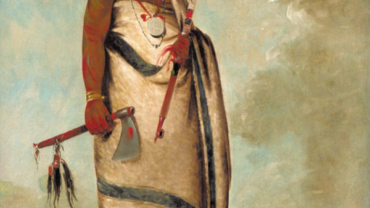 FOOTPRINTS OF THE OSAGE 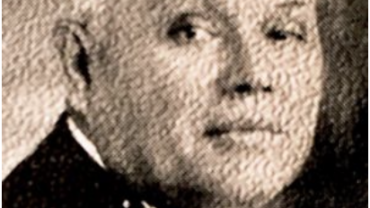